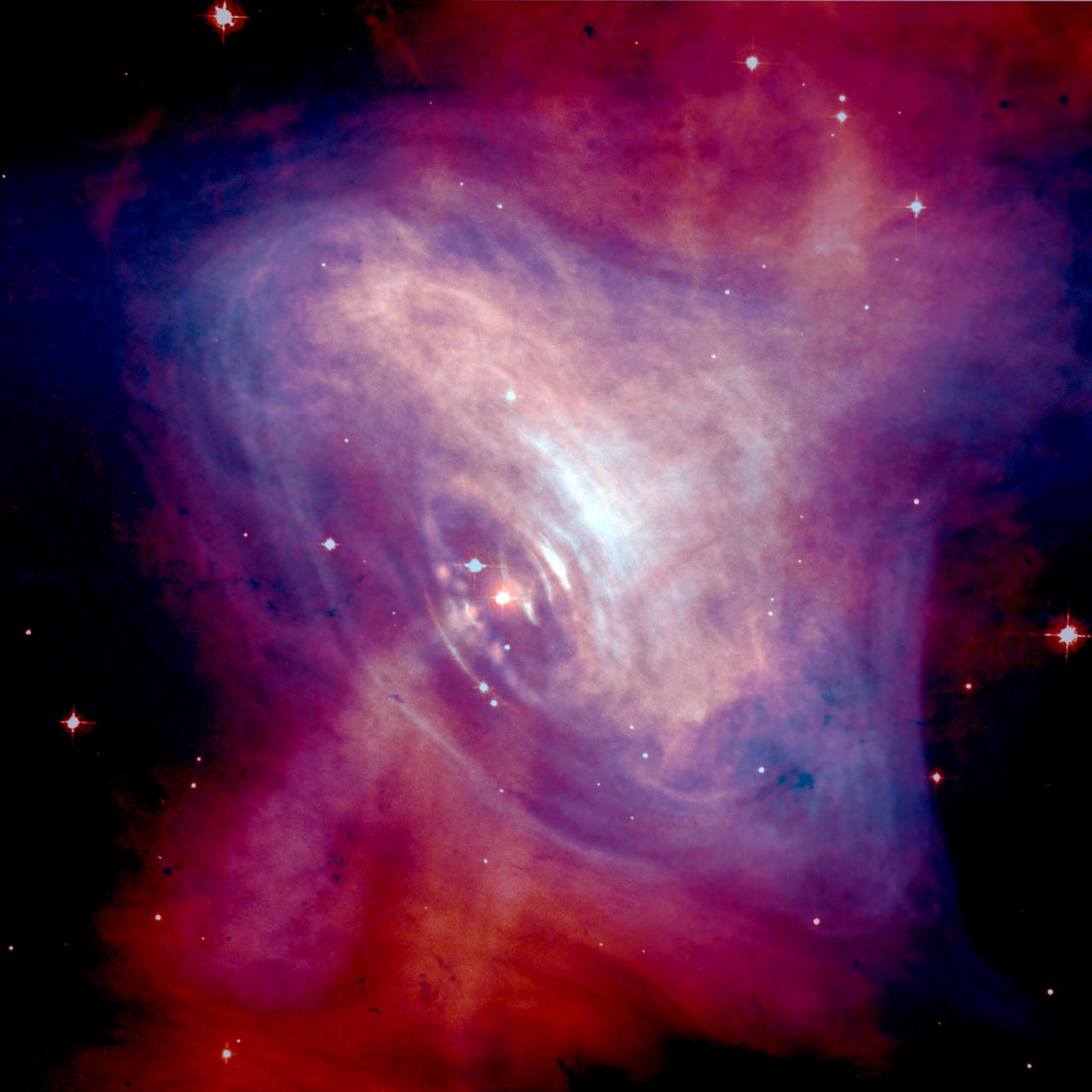 A Neutron star is a type of pulsar. These are stars that have extremely short periods of variability in their production of EM radiation (both light and radio frequency emissions) . When they were first discovered it was thought that they rotated rapidly – like lighthouses. But when the observed rate of “rotation” got up to about once per second for certain pulsars, despite their having masses exceeding that of the sun, this official explanation became untenable. Instead, the concept of the “Neutron star” was invented. It was proposed that only such a dense material could make up a star that could stand those rotation speeds.

Some nuclear chemists have noted that current explanations for Neutron Stars violate the Island of Stability. Stable nuclei of the lighter elements contain approximately equal numbers of neutrons and protons, a neutron/proton ratio of 1. The heavier nuclei contain a few more neutrons than protons, but the limit seems to be 1.5 neutrons per proton. Nuclei that differ significantly from this ratio spontaneosly undergo radioactive transformations that tend to bring their compositions into or closer to this ratio. This should mean that the Neutronium that Neutron stars are constituted can not exist for any significant amount of time. Despite this fact, most astronomers remain confident that the gravity of neutron stars is strong enough to alter the fundamental observations of nuclear chemistry on the atomic scale.

Some pulsars oscillate with periods in the millisecond range. Their radio pulse characteristics are: the ‘duty cycle’ is typically 5% (i.e., the pulsar flashes like a strobe light – the duration of each output pulse is much shorter than the length of time between pulses); some individual pulses are quite variable in intensity; the polarization of the pulse implies the origin has a strong magnetic field; magnetic fields require electrical currents. These characteristics are consistent with an electrical arc (lightning) interaction between two closely spaced binary stars, first postulated by K. Healy and A. Peratt[1]. Relaxation oscillators with characteristics like this have been known and used by electrical engineers for many years.

Further evidence of plasma discharge between two bodies being the cause of the pulses has been given by Hubble;

“Hubble Space Telescope Observations Reveal Coolest and Oldest White Dwarf Stars in the Galaxy: “Using the Hubble Space Telescope, astronomers at the Naval Research Laboratory (NRL) have detected five optical companion stars orbiting millisecond pulsars. Only two other such systems are known. Three of the companions are among the coolest and oldest white dwarf stars known.”

The “Crab Nebula” is currently thought to have a Neutron Star at its center, called CM Tauri. The frequency of repetition of the pulsar’s output is 30 pulses per second. The length of each flash, however, is approximately 1/1000 sec, just one millisecond. This lead Plasma cosmologists to wonder if this star was a binary pair producing its pulses from periodic plasma discharges, simlar to the mechanism described by Healy and Peratt. No companion is visible from even the largest earthbound telescopes.

The Hubble orbiting telescope has recently found a companion;

“a small knot of bright emission located only 1500 AU (1500 times the distance from the Earth to the Sun) from the pulsar. This knot has gone undetected up until now because even at the best ground-based resolution it is lost in the glare of the adjacent pulsar. The knot and the pulsar line up with the direction of a jet of X-ray emission. A second discovery is that in the direction opposite the knot, the Crab pulsar is capped by a ring-like ‘halo’ of emission tipped at about 20 degrees to our line of sight. In this geometry the polar jet flows right through the center of the halo.”

The shape of this pulsar centered object is exactly that of an electrical homopolar motor generator. 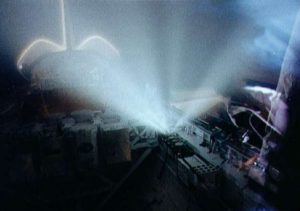