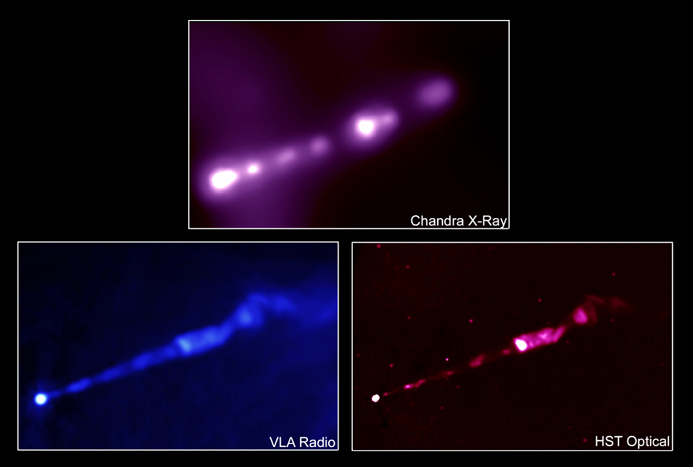 In the lab, beams are often directed by electromagnetic fields and focused by electrostatic lenses. In nature, the beam is maintained by self-generating magnetic fields, that produce a plasma pinch. One of the characteristics of particle beams, is synchrotron radiation resulting from the loss of energy from electrons moving through magnetic fields.

Interplanetary particle beams have also been reported, the most frequently observed beams are consist of electrons, most of these beams originate from sun flares. [1]

Particle beams in the laboratory and in space

Particle beams in the laboratory (left) and the cosmos (right)