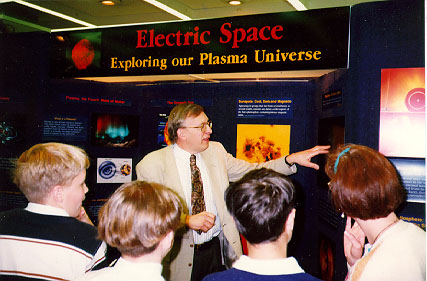 Electric Space is a term coined in association with the Plasma Universe in the 1990s, to emphasize the importance of electric fields in the plasma throughout the Universe. [1] (Main article: Electric currents in space plasmas)

The “Electric Space” metaphor was coined by Dr. Carolyn T. Brown, Assistant Associate Librarian for Area Studies at the Library of Congress as the theme of the Space Science Institute traveling exhibition on the plasma universe supported by the National Oceanic and Atmospheric Administration and the National Science Foundation.[2][2b]

“Electric Space” was further popularized in a series of commended [3] public exhibitions across the USA between April 1994 – 2001,[4][5] with the titles:

Conceived around 1992,[6] The exhibition was developed by the Space Science Institute [7] in Colorado, together with the Franklin Institute Science Museum in Philadelphia, Pennsylvania, the Association of Science and Technology Centers (ASTC) with funding from the Informal Science Education Program of the National Science Foundation‘s Education and Human Resources Directorate, and NASA’s Space Physics Division. NASA’s Space Science Data Operations Office (SSDOO) contributed by providing volunteers to act as scientist/guides, .[8]. 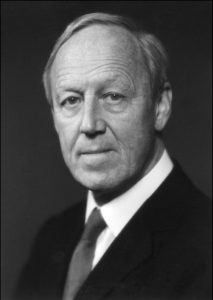