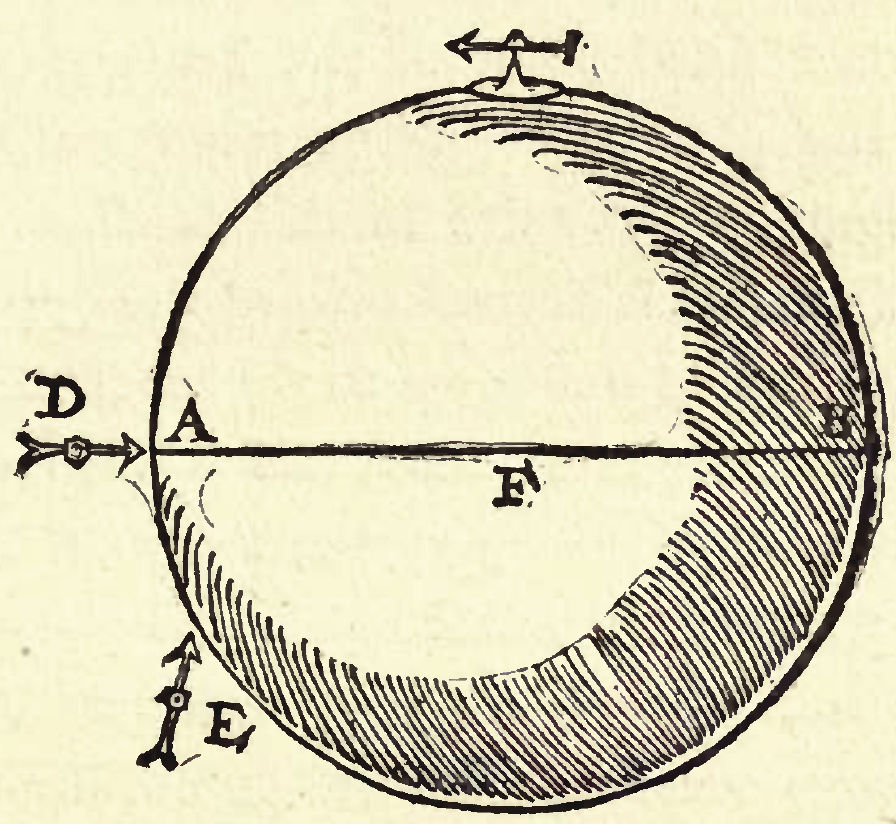 A terrella is a small magnetised model ball representing the Earth, that is thought to have been invented by William Gilbert while investigating magnetism, and further developed 300 years later by the Norwegian scientist and explorer Kristian Birkeland, while investigating the aurora. William Gilbert wrote: “To this round stone we give the name Μικρόγη (microge) or Terrella (Earthkin, little Earth)”[1]. The origin of the word terrella can be traced back to at least 1613.[2]

Terrellas had been used up until the late 20th century to attempt to simulate the Earth’s magnetosphere, but have now been replaced by computer simulation.

William Gilbert, the royal physician to Queen Elizabeth I, devoted much of his time, energy and resources to the study of the Earth’s magnetism. It had been known for centuries that a freely suspended compass needle pointed north. Later investigators (including Christopher Columbus) found that direction deviated somewhat from true north, and Robert Norman showed the force on the needle was not horizontal but slanted into the Earth.

William Gilbert’s explanation was that the Earth itself was a giant magnet, and he demonstrated this by creating a scale model of the magnetic Earth, a “terrella”, a sphere formed out of a lodestone. Passing a small compass over the terrella, Gilbert demonstrated that a horizontal compass would point towards the magnetic pole, while a dip needle, balanced on a horizontal axis perpendicular to the magnetic one, indicated the proper “magnetic inclination” between the magnetic force and the horizontal direction. Gilbert later reported his findings in De Magnete, Magneticisque Corporibus, et de Magno Magnete Tellure, published in 1600.

Kristian Birkeland and his magnetized terrella experiment, which led him to surmise that charged particles interacting with the Earth’s magnetic field, were the cause of the aurora.[3].

Kristian Birkeland was a Norwegian physicist who, around 1895, tried to explain why the lights of the polar aurora appeared only in regions centered at the magnetic poles.

He tried to simulate the effect using a “terrella,” a sphere in a vacuum tank to which he directed beams of cathode rays, later identified as electrons, and found they indeed produced a glow in regions around the poles of the terrella. Because of residual gas in the chamber, the glow also outlined the path of the particles. Neither he nor his associate Carl Stoermer (who calculated such paths) could understand why the actual aurora avoided the area around the poles themselves.

We now know this relates to the origin of the auroral electrons, which is actually inside the Earth’s Magnetosphere, the space region controlled by the Earth’s magnetism. Birkeland believed the electrons came from the Sun, since large auroral outbursts were associated with sunspot activity.

Later terella experiments were performed by various scientists, studying various aspects of the interaction of the Earth’s magnetic field in space. Brunberg and Dattner in Sweden, around 1950, used a terrella to simulate trajectories of particles in the Earth’s field; today such simulations are conducted much more conveniently with computers. Podgorny in the Soviet Union, around 1972,[5] built terrellas at which a flow of plasma was directed (simulating the solar wind), and Hafez u-Rahman at the University of California, Riverside conducted more realistic experiments around 1990. All such experiments are difficult to interpret, and are never able to scale all parameters to properly simulate the Earth’s magnetosphere, which is why such experiments have now been completely replaced by computer simulations. 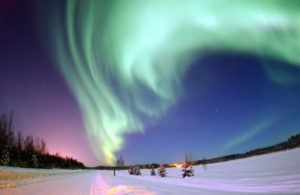