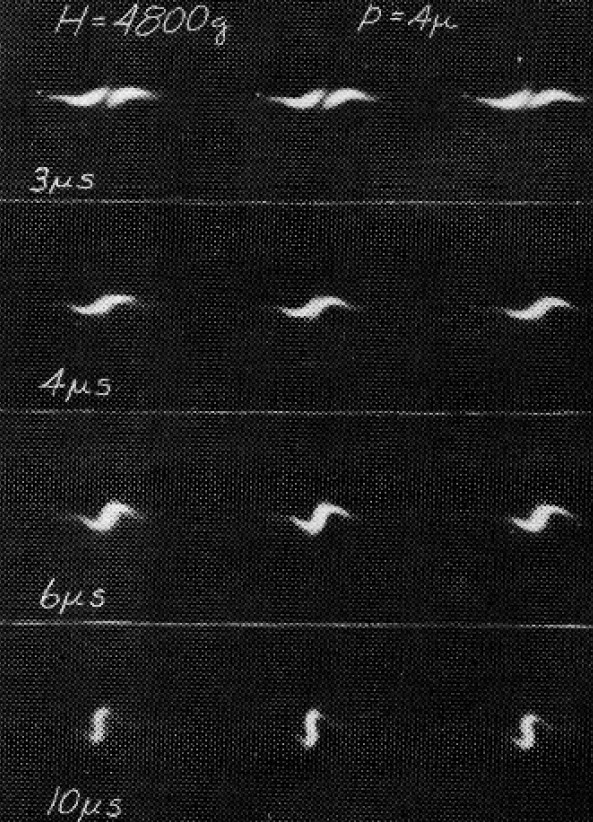 A plasmoid is a coherent structure of plasma and magnetic fields. Plasmoids have been proposed to explain natural phenomena such as ball lightning,[2] magnetic bubbles in the magnetosphere,[3] and objects in cometary tails,[4] in the solar wind,[5][6] in the solar atmosphere,[7] and in the heliospheric current sheet. Plasmoids produced in the laboratory include field-reversed configurations, spheromaks, and the dense plasma focus.

The plasma is emitted not as an amorphous blob, but in the form of a torus. We shall take the liberty of calling this toroidal structure a plasmoid, a word which means plasma-magnetic entity. The word plasmoid will be employed as a generic term for all plasma-magnetic entities.

Bostick went on to apply his theory of plasmoids to astrophysical phenomena. His 1958 paper,[9] applied plasma similarity transformations to pairs of plasmoids fired from a plasma gun (dense plasma focus device) that interact in such a way as to simulate galaxy formation.[10][1] (See image top right)

It is relatively easy to generate a plasmoid using a microwave and a medium that will initiate the formation of a plasmoid,[11] this can be caused by the carbon microparticles in the smoke from a naked flame or match, which ignites and moves about as plasmoids, and some biological cells are known to produce plasma under microwave conditions, such as grapes[12] (electrons try to move through highly resistive grape-skin, and plasmoids may form[11]) This is due to the fact that microwaves, being high frequency electromagnetic radiation in the GHz range, are capable of exciting electrodeless gas discharges in air,[13] similar to the process used in Sulfur lamps. Microwave-excited plasmas have two appealing properties: