Emil Wolf (July 30, 1922 – June 2018) is a Czech born American physicist who made advancements in physical optics, including diffraction, coherence properties of optical fields, spectroscopy of partially coherent radiation, and the theory of direct scattering and inverse scattering.

He is the co-author, along with Max Born, of one of the standard textbooks of optics, Principles of Optics.

He also predicted a new mechanism that produces redshift and blueshift, that is not due to moving sources (Doppler effect), that has subsequently been confirmed experimentally (called the Wolf Effect). Technically, he found that two non-Lambertian sources that emit beamed energy, can interact in a way that causes a shift in the spectral lines. It is analogous to a pair of tuning forks with similar frequencies (pitches), connected together mechanically with a sounding board; there is a strong coupling that results in the resonant frequencies getting “dragged down” in pitch. The Wolf Effect can produce either redshifts or blueshifts, depending on the observer’s point of view, but is redshifted when the observer is head-on. A subsequent 1999 article by Sisir Roy et al have suggested that the Wolf Effect may explain discordant redshift in certain quasars Ref.

Wolf was born in Prague, Czechoslovakia. He was forced to move out of his native country when the Germans invaded the country. After having left Czechoslovakia, he went to France for a few years. Eventually, he came to England. He received his B.Sc. in Mathematics and Physics (1945), and PhD in Physics from Bristol University, England, in 1948. In the early 1950s he worked at the University of Edinburgh. He is currently (2006) Professor of Optics at the University of Rochester, USA, having first come to Rochester in 1959. He is a naturalized US citizen.

Professor Joseph Eberly, currently president of the Optical Society of America (OSA), was one of Wolf’s many graduate students. Eberly is currently a professor at the University of Rochester, and they still work in related areas. 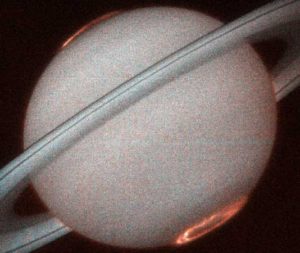