Star formation in the plasma universe begins with an electromagnetic “Pinch Compression of Dark Interstellar Clouds”. This is the “Alfvén-Carlqvist Model for Star Formation in Pinched Filaments”.[1]

Hannes Alfvén and Per Carlqvist write:[2]

According to the conventional view, star formation is due to a Jeans collapse of a massive interstellar cloud. The difficulty associated with a cloud of less than 100-10 000 M⊙ have led to the invention of complicated mechanisms which are supposed to fragment the collapsing cloud. So far no convincing arguments have been presented for a star formation in this way. Among other difficulties it does not lead to the formation of a planetary system around the newborn star without a number of ad hoc assumptions. The real argument for spending so much work on the Jeans collapse seems to have been that no other mechanism has been seriously suggested.

As an alternative to these views we shall here try a new approach based on the following three principles. 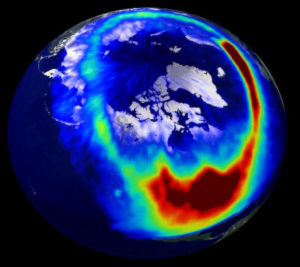 Plasma: the first state of matter