Plasmas are described by many characteristics, such as temperature, degree of ionization, and density, the magnitude of which, and approximations of the model describing them, gives rise to plasmas that may be classified in different ways.

A real plasma may have complex characteristics that exhibited complex phenomena. To model it’s behavior, scientists may approximate and simplify a real plasma’s characteristics; this pseudo-plasma may or may not be a adequate representation of a real plasma. Pseudo-plasmas tend to neglect double layers, instabilities, filamentary structures, plasma beams, electric currents, and other potentially important properties.

In the laboratory in the positive column of a glow discharge tube:

“A plasma is sometimes referred to as being “hot” if it is nearly fully ionized, or “cold” if only a small fraction, (for instance 1%) of the gas molecules are ionized, but other definitions of the terms “hot plasma” and “cold plasma” are common. Even in cold plasma the electron temperature is still typically several thousand centigrades.”[2]

A hot plasma in one which approaches a state of local thermodynamic equilibrium (LTE). A hot plasma is also called a thermal plasma, but in Russian literature, a “low temperature” plasma in order to distinguish it from a thermonuclear fusion plasma.[3] Such plasmas can be produced by atmospheric arcs, sparks and flames.[4]

A cold plasma is one in which the thermal motion of the ions can be ignored. Consequently there is no pressure force, the magnetic force can be ignored, and only the electric force is considered to act on the particles.[5] Examples of cold plasmas include the Earth’s ionopshere (about 1000K compared to the Earth’s ring current temperature of about 108K).[6], the flow discharge in a fluorescent tube, [7]

An ultracold plasma is one which occurs at temperatures as low as 1K.[8] and may be formed by photoionizing laser-cooled atoms. Ultracold plasmas tend to be rather delicate, experiments being carried out in vacuum.[9]

“It turns out that a very low degree of ionization is sufficient for a gas to exhibit electromagnetic properties and behave as a plasma: a gas achieves an electrical conductivity of about half its possible maximum at about 0.1% ionization and had a conductivity nearly equal to that of a full ionized gas at about 1% ionization.” [10]

“Among the many types of plasma, those commonly employed for plasma processing are low temperature, low density, non-equilibrium, collision dominated-environments. By low temperature, we mean “cold” plasmas with a temperature normally ranging from 300K and 600K, by low density we mean plasmas with neutral gas number densities of approximately 1013 to 1016 molecules cm-3 (pressure between ~ 0.1 to 103 Pa) which are weakly ionized between 10-6 to 10-1“[11]

“.. Coulomb collisions will dominate over collisions with neutrals in any plasma that is even just a few percent ionized. Only if the ionization level is very low (<10-3) can neutral collisions dominate.”[12]

A partially ionized plasma has a degree of ionization that is less than 1. Examples include the ionosphere (2×10-3)[15], gas discharge tubes.

“If we observe an aurora in the night sky we get a conspicuous and spectacular demonstration of the difference between gas and plasma behavior. Faint aurorae are often diffuse and spread over large areas. They fit reasonably well into the picture of an ionized gas. The degree of ionization is so I low that the medium still has some of the physical properties of a gas that is homogeneous over large volumes. However, in certain other cases (e.g., when the auroral intensity increases), the aurora becomes highly inhomogeneous, consisting of a multitude of rays, thin arcs, and draperies a conspicuous illustration of the basic properties of most magnetized plasmas.”[14]

“Note that plasma-like behaviour ensues after a remarkably small fraction of the gas has undergone ionization. Thus, fractionally ionized gases exhibit most of the exotic phenomena characteristic of fully ionized gases.”[16]

A dusty plasma is a plasma containing nanometer or micrometer-sized particles suspended in it. A grain plasma contains larger particles than dusty plasmas. Examples include comets, planetary rings, exposed dusty surfaces, and the zodiacal dust cloud.[17]

“A macroscopic Coulomb crystal of solid particles in a plasma has been observed. Images of a cloud of 7-μm “dust” particles, which are charged and levitated in a weakly ionized argon plasma, reveal a hexagonal crystal structure. The crystal is visible to the unaided eye.”[18]

“Colloidal plasmas may “condense” under certain conditions into liquid and crystalline states, while retaining their essential plasma properties. This “plasma condensation” therefore leads to new states of matter: “liquid plasmas” and “plasma crystals.” The experimental discovery was first reported in 1994″.[19]

“Liquid and crystalline phases can be formed in so-called complex plasmas — plasmas enriched with solid particles in the nano- to micrometre range. The particles absorb electrons and ions and charge negatively up to a few volts. Due to their high mass compared to that of electrons and ions the particles dominate the processes in the plasma and can be observed on the most fundamental — the kinetic level. Through the strong Coulomb interaction between the particles it is possible that the particle clouds form fluid and crystalline structures. The latter is called ‘plasma crystal’.”[20]

“Passive plasma regions, which can be described by classical hydrodynamic theory. They transmit waves and high energy charged particles but if the field-aligned currents exceed a certain value they are transferred into.
Active plasma regions: These carry field-aligned currents which give them filamentary or sheet structure with thickness down to a few cyclotron radii (ionic or even electronic). They transmit energy from one region to another and produce electric double layers which accelerate particles to high energies. Active regions cannot be described by hydromagnetic theories. Boundary conditions are essential and may be introduced by circuit theory”[21]

“These regions may transmit different kinds of plasma waves and flow of high energy particles. There may be transient currents perpendicular to the magnetic field changing the state of motion of the plasma but not necessarily associated with strong electric fields and currents parallel to the magnetic field. A plasma of this kind fills most of space.”

“Besides the passive plasma regions there are also small but very important regions where filamentary and sheet currents flow (Alfvén, 1977a)[22]. By transferring energy and producing sharp borders between different regions of passive plasmas, they are of decisive importance to the overall behaviour of plasmas in space. There are two different – but somewhat related – types of such regions which we shall call plasma cables and boundary current sheets.”

An ideal plasma is one in which Coulomb collisions are negligible, otherwise the plasma is non-ideal.

“At low densities, a low-temperature, partly ionized plasma can be regarded as a mixture of ideal gases of electrons, atoms and ions. The particles travel at thermal velocities, mainly along straight paths, and collide with each other only occasionally. In other words, the free path times prove greater than those of interparticle interaction. With an increase in density, mean distances between the particles decrease and the particles start spending even more time interacting with each other, that is, in the fields of surrounding particles. Under these conditions, the mean energy of interparticle interaction increases. When this energy becomes comparable with the mean kinetic energy of thermal motion, the plasma becomes non-ideal.”[23] 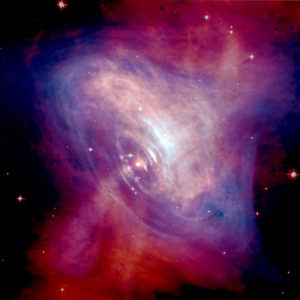