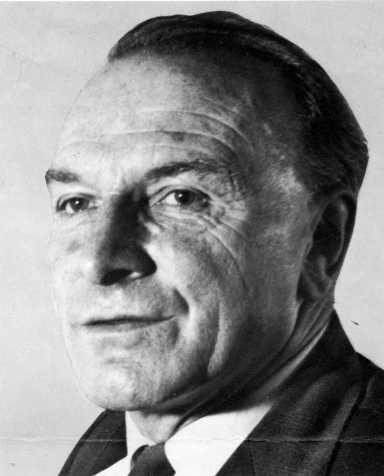 He was educated at Edinburgh University where he finished with First Class Honours in Mathematics and Natural Philosophy.

1924 he joined the Electrical Research Association (now ERA Technology Ltd) in Leatherhead, England, where he begun analysing the operation of oil circuit-breakers. An interest in electrical arcing developed into a study of lightning discharges, where

“Similarity between quantities he had calculated from first principles in his work on lightning, and values deduced from astrophysical observations, led Charles Bruce to the conclusion that most astrophysical phenomena could be interpreted as the results of electrical discharges on the cosmic scale. The idea totally captured his imagination, and he developed it with great vigour in a series of about fifty publications, being greatly encouraged in this work by two highly respected astrophysicists, Sydney Chapman at Oxford and F.J.M. Stratton at Cambridge.”[1]

In 1952, he submitted his papers on electrical discharges to Edinburgh University and was subsequently awarded a Doctorate of Science. In 1959 Bruce’s article “Cosmic Thunderstorms”[2] was awarded the Journal Fund Silver Pen Awards for Learned Publications.[3]

In 1924, Director Wedmore showed his perspicacity by writing to Professor — later Sir Edmund — Whittaker, in Edinburgh, for someone trained in his mathematical laboratory course, which was then the only one of its kind in the country. The result was the arrival of C. E. R. Bruce and the publication in 1927 of one of the pioneer papers on the application of statistical methods in electrical matters, and the demonstration by another application of such methods in 1940 that the erection of an earth wire on a transmission line may do much more harm than good. Others were alsothe subject of Bruce’s first of many contributions to this Journal, “Statistics Benefit Research”.

C. E. R. Bruce was born 65 years ago near Glasgow, and educated in the village school at Newport, Fife, followed by two years at Dundee High School and five years at Edinburgh University where he finished with First Class Honours in Mathematics and Natural Philosophy. Later, in 1952, he sent his papers there on his work on electrical discharges and was awarded a Doctorate of Science, provided he would agree to remove the cosmic taint from the title and the collection.

The second I.E.E. paper by Wedmore, Whitney and Bruce on circuit-breaking (1929) won the Kelvin Premium — the first to be awarded in respect of an E.R.A. paper. The third by Bruce alone, in 1931, on the energy balance and arc temperature in an oil circuit-breaker is, according to a Northern Professor of electrical engineering recently, ‘”still the only work of its kind”.

In the 1930’s he seems to have devoted more time to the running of the hockey and cricket clubs at Chalfont St. Peter, of both of which he was Captain and Secretary. In the latter he had as one of his main stalwarts, his chief, Dr. Whitney, and from the former he represented his county, Buckinhamshire, on the right wing, being “fleet of foot if not much of a hockey player”. This aberration into sport was the result of the Committee’s refusal to face up to his later applications of statistical methods to the testing of circuit-breakers, for Ref. G/XT42 is still not published!

In 1939 he was transferred temporarily to the study of lightning. The result was the E.R.A.’s second Kelvin Premium paper (1941) and first solo Royal Society paper (1944), and the (demonstration that a lightning flash can occur in an average field only 0.1 to 1 percent of that then believed necessary — a “staggering” reduction of voltage as Allibone “described it at the time. He also made the first major change in ideas of how a lightning conductor works since its introduction by Franklin, with the result already mentioned.

This work, and the attendance at Sydney Chapman’s 1941 Kelvin Lecture on “‘The Sun” led to the application of these ideas to cosmic phenomena and to a new all-electric universe described in about the last 100 of his more than 130 contribution” to the scientific and technical press. However, these have had many terrestrial applications, including the explanations in recent years of ball and pinched lightning, both of which may have technical applications. These researches led to a sense of dedication and refusal of invitations to apply for senior staff positions when these came along in the 1940’s, so that he leaves the E.R.A., as he joined it 43 years earlier, “a member of the senior staff”.

Dr Bruce joined ERA in 1924 after a distinguished career at Edinburgh University. His task was to analyse the experimental data on oil circuit-breaker operation emerging from the pioneer short-circuit testing laboratory at Carville. He attacked this with great energy, making immense contributions to the early development of arc physics. These, in turn, influenced substantially the fortunes of the electrical industry through the revolution in circuit-breaker technology led by ERA in the thirties. Interest in arc physics led to a study of the lightning discharge, where again his elucidation of its mechanisms, set out in papers including one in the Proceedings of the Royal Society, made possible significant improvements in procedures for protection against lightning.

Similarity between quantities he had calculated from first principles in his work on lightning, and values deduced from astrophysical observations, led Charles Bruce to the conclusion that most astrophysical phenomena could be interpreted as the results of electrical discharges on the cosmic scale. The idea totally captured his imagination, and he developed it with great vigour in a series of about fifty publications, being greatly encouraged in this work by two highly respected astrophysicists, Chapman at Oxford and Stratton at Cambridge. He painted with a large brush in a tremendous field ranging from the magnetics of solar flares to the processes of stellar and galactic evolution, and his influence on astrophysical thinking should not be underestimated.

Bruce was a particularly lucid writer — a quality for which he received the greatly prized award of the Silver Pen from the Franklin Institute. He had great energy and not a little pugnacity, vigorously attacking established reputations when he thought their ideas wrong. He was held in great esteem by his colleagues on account both of his charming and enthusiastic personality and his unusual capacity for adventurous thought. 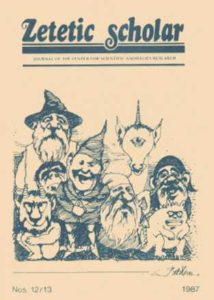