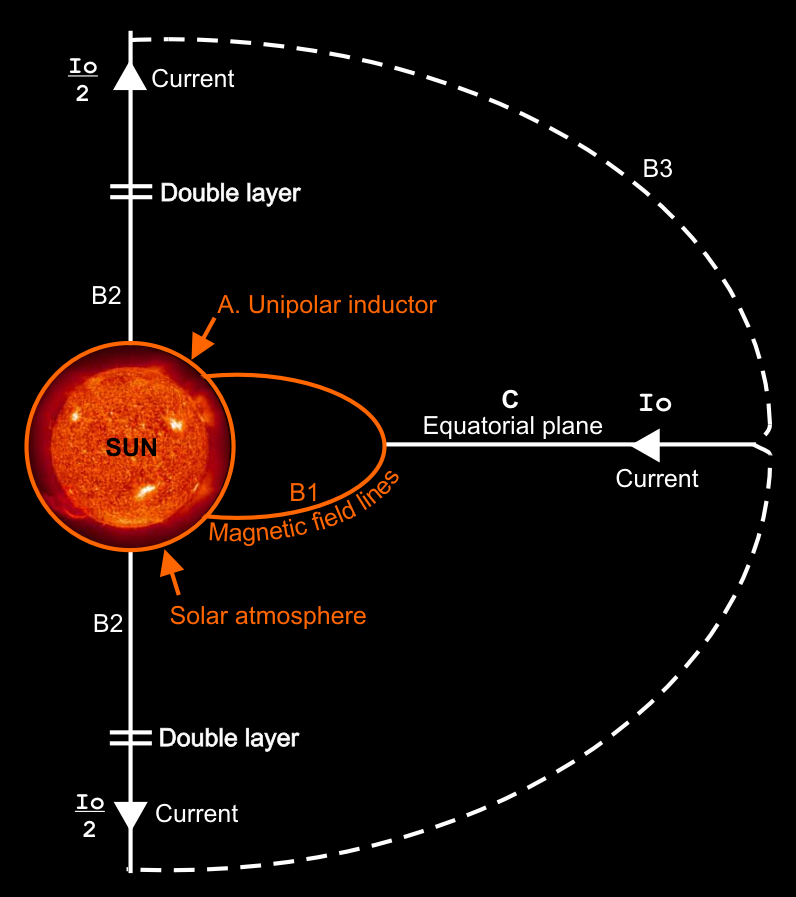 Heliospheric current circuit with the Sun as a unipolar inductor

The Sun behaves as a unipolar inductor producing a current that flows outwards along both axes B2, and inwards in the equatorial plane, C, and along Solar magnetic field lines B1. The current closes at a large distance, B3.

“The central body acts as a unipolar inductor and the e.m.f. is produced in region A. The mechanical force on the solar atmosphere dF = I ds x B tends to decelerate the rotation of the central body. The current transfers angular momentum from the central body to the surrounding plasma. Hence, we have a decelerating force applied to the solar atmosphere in the polar region. This should produce a non-uniform rotation of the Sun of the type which is observed (angular velocity decreasing with increasing latitude.Whether this interpretation is the correct quantitative explanation of the non-uniform rotation is an open question.

“In region B1 , the currents are field-aligned. It seems to be a general rule of cosmic physics that field-aligned currents frequently manifest themselves as luminous filaments (II.4). If the current in B1 is spread over an extended region, we should expect filaments. Equatorial streamers in the solar corona may be explained in this way. Similarly, in the polar region, the vertical currents near the solar surface may produce the polar plumes in the solar corona.

“The model predicts that there should be currents near the axis strong enough to match the current in the equatorial plane. Such currents should be observed when a spacecraft is sent to the high latitude regions. It is an open question to what extent they flow very close to the axis. They may be distributed over a large region and may in part flow at medium latitudes.”[3] 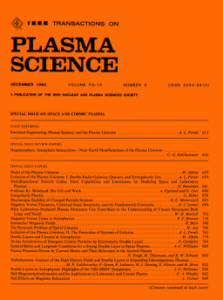