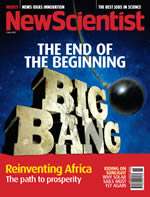 In 2004, New Scientist, published an open letter from Eric Lerner and about 30 other scientists,[1] criticizing the Big Bang theory, and noting that there are other theories to consider. The text of the letter is reproduced in full below. It originally appeared at cosmologystatement.org (copy).

An Open Letter to the Scientific Community was published under the title:

The big bang today relies on a growing number of hypothetical entities, things that we have never observed– inflation, dark matter and dark energy are the most prominent examples. Without them, there would be a fatal contradiction between the observations made by astronomers and the predictions of the big bang theory. In no other field of physics would this continual recourse to new hypothetical objects be accepted as a way of bridging the gap between theory and observation. It would, at the least, raise serious questions about the validity of the underlying theory.

But the big bang theory can’t survive without these fudge factors. Without the hypothetical inflation field, the big bang does not predict the smooth, isotropic cosmic background radiation that is observed, because there would be no way for parts of the universe that are now more than a few degrees away in the sky to come to the same temperature and thus emit the same amount of microwave radiation.

Without some kind of dark matter, unlike any that we have observed on Earth despite 20 years of experiments, big-bang theory makes contradictory predictions for the density of matter in the universe. Inflation requires a density 20 times larger than that implied by big bang nucleosynthesis, the theory’s explanation of the origin of the light elements. And without dark energy, the theory predicts that the universe is only about 8 billion years old, which is billions of years younger than the age of many stars in our galaxy.

What is more, the big bang theory can boast of no quantitative predictions that have subsequently been validated by observation. The successes claimed by the theory’s supporters consist of its ability to retrospectively fit observations with a steadily increasing array of adjustable parameters, just as the old Earth-centered cosmology of Ptolemy needed layer upon layer of epicycles.

Yet the big bang is not the only framework available for understanding the history of the universe. Plasma cosmology and the steady-state model both hypothesize an evolving universe without beginning or end. These and other alternative approaches can also explain the basic phenomena of the cosmos, including the abundances of light elements, the generation of large-scale structure, the cosmic background radiation, and how the redshift of far-away galaxies increases with distance. They have even predicted new phenomena that were subsequently observed, something the big bang has failed to do.

Supporters of the big bang theory may retort that these theories do not explain every cosmological observation. But that is scarcely surprising, as their development has been severely hampered by a complete lack of funding. Indeed, such questions and alternatives cannot even now be freely discussed and examined. An open exchange of ideas is lacking in most mainstream conferences. Whereas Richard Feynman could say that “science is the culture of doubt”, in cosmology today doubt and dissent are not tolerated, and young scientists learn to remain silent if they have something negative to say about the standard big bang model. Those who doubt the big bang fear that saying so will cost them their funding.

Even observations are now interpreted through this biased filter, judged right or wrong depending on whether or not they support the big bang. So discordant data on red shifts, lithium and helium abundances, and galaxy distribution, among other topics, are ignored or ridiculed. This reflects a growing dogmatic mindset that is alien to the spirit of free scientific inquiry.

Today, virtually all financial and experimental resources in cosmology are devoted to big bang studies. Funding comes from only a few sources, and all the peer-review committees that control them are dominated by supporters of the big bang. As a result, the dominance of the big bang within the field has become self-sustaining, irrespective of the scientific validity of the theory.

Giving support only to projects within the big bang framework undermines a fundamental element of the scientific method — the constant testing of theory against observation. Such a restriction makes unbiased discussion and research impossible. To redress this, we urge those agencies that fund work in cosmology to set aside a significant fraction of their funding for investigations into alternative theories and observational contradictions of the big bang. To avoid bias, the peer review committee that allocates such funds could be composed of astronomers and physicists from outside the field of cosmology.

Allocating funding to investigations into the big bang’s validity, and its alternatives, would allow the scientific process to determine our most accurate model of the history of the universe.

Signed:
(Institutions for identification only)

The original letter was subsequently reproduced at cosmologystatement.org, where other scientists and engineers were given the opportunity to add their names to the original signatories. Over 200 signed, and over 250 additional independent researchers. The full list can be seen at archive.org 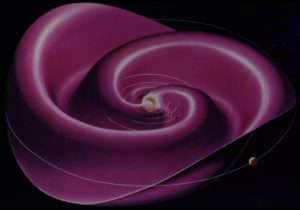